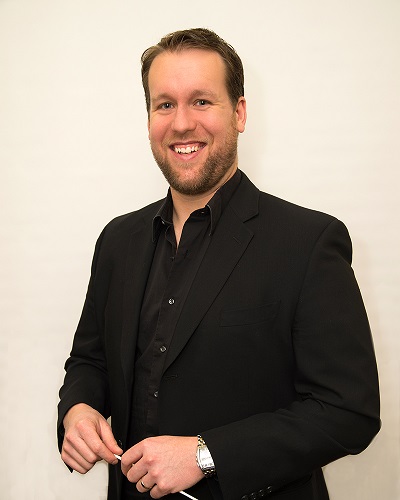 The ability to sight-read with confidence and accuracy is an important musical skill for all instrumentalists. Our FREE virtual workshop, led by NJYS conductor Bryan Rudderow, offers practical tips to rapidly improve your sight-reading ability. Musicians of all ages and levels welcome!
CLICK HERE to sign up.
Bryan Rudderow, conductor of Concertino Winds, Clarinet Ensemble, and Director of the NJYS Summer Winds Camp, also serves as Adjunct Music Faculty at Kent Place School in Summit.  Rudderow has appeared on three continents as conductor, composer, and clarinetist, focusing his energy on music composed in his lifetime. He earned degrees from the John J. Cali School of Music at Montclair State University and William Paterson University in Music Education, Performance, Conducting, and Composition/Theory. While at Montclair State University, Rudderow received one of three highly competitive graduate assistantships and was named Assistant Conductor of Instrumental Ensembles, a position created specifically for him. Shortly after completing his Master of Music degree, he was invited to attend the Instituto Superior de Arte del Teatro Colón in Buenos Aires, Argentina to study operatic conducting and composition. As a conductor, Rudderow has collaborated with ensembles around the world, from the Orquesta Filarmónica in Buenos Aires to the Montclair State Symphony Orchestra and Bands. Additional appointments include the TRANSIT Ensemble (NYC), Portland (ME) Symphony Orchestra, Greater Princeton Youth Symphonies, and the Shippensburg (PA) Symphony Orchestra. As the conductor of Concertino Winds since its inception in 2009, the ensemble has grown steadily, performing works commissioned and arranged for the ensemble, hallmarks of the wind band repertoire, and several pieces Rudderow composed for the ensemble. As conductor of Clarinet Ensemble, Rudderow strives to give the most advanced student clarinetists in New Jersey the opportunity to perform challenging music written and arranged for the instrument.